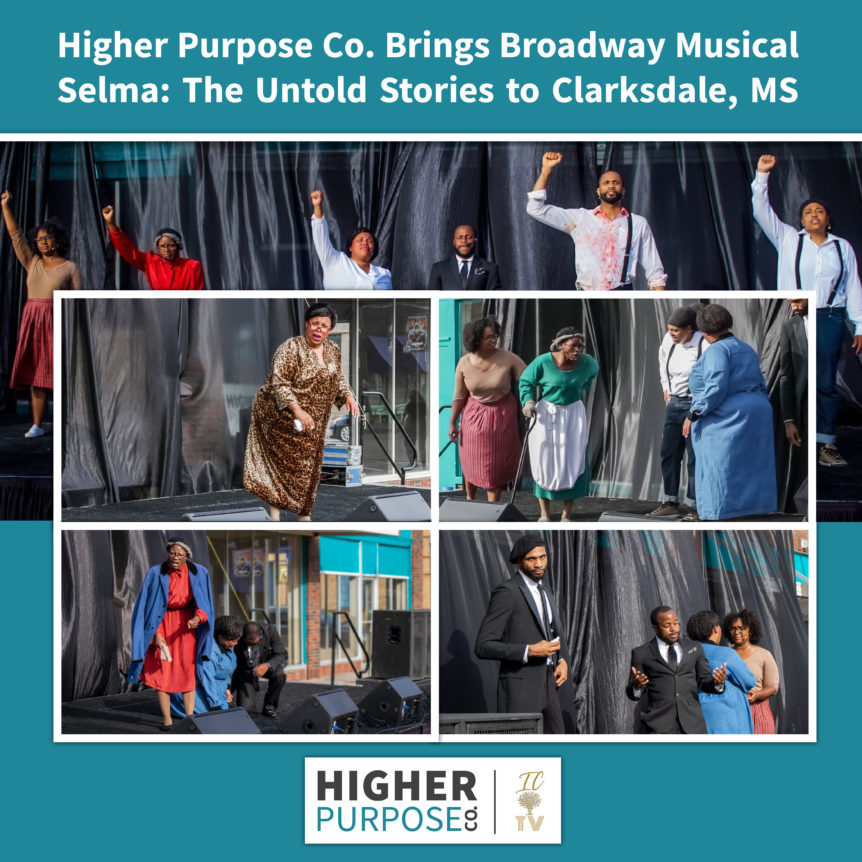 What started out as a peaceful protest on March 7, 1965 in Selma, Alabama, turned into a “Bloody Sunday” when a white County Sheriff called for all white men in the county to attack African American protesters that left many injured and hospitalized.

This gruesome event was televised for the country to see. In 2016, Mississippi native and writer Jana P. Haynes traveled to Selma where the unforgettable events of that day transpired, and feeling inspired and motivated while in Selma, that is when Haynes decided to tell the story of Bloody Sunday and the events that led to it in her Broadway musical, Selma: The Untold Stories.

Selma: The Untold Stories has been seen on “Good Morning America,” “Today Show,” “The Royal Caribbean,” and most recently in Clarksdale, Mississippi at Higher Purpose HQ.

Selma: The Untold Stories is told through the lens of a fictional family, but set against the actual events of that Bloody Sunday.

The Broadway musical has been showcased since 2017, and Haynes has no plans of stopping the musical anytime soon.

To learn more about Selma the Musical, visit the Infecting Change Television website.