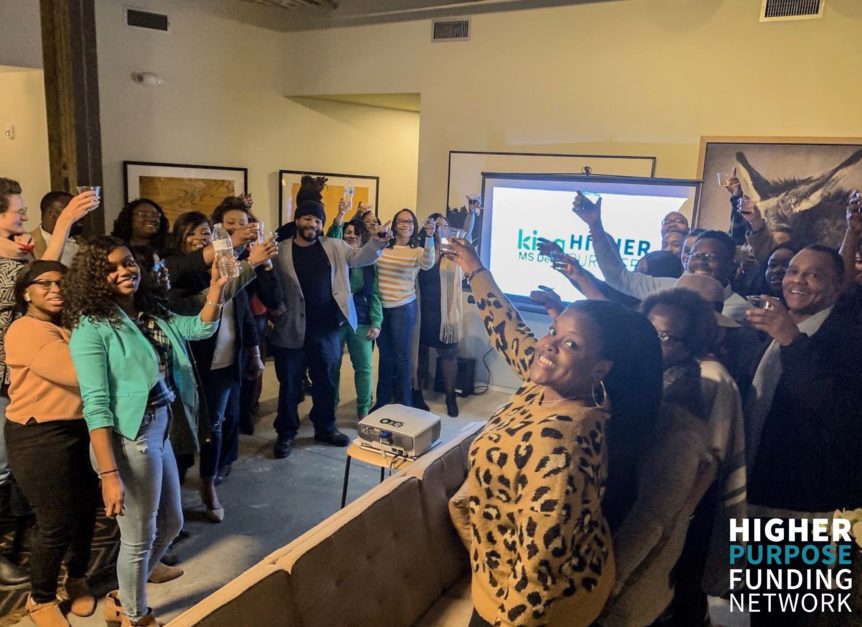 It was the official launch of the Kiva Mississippi Delta Hub.

HPC has partnered with Kiva, an international nonprofit based in San Francisco that connects entrepreneurs and small business owners with local lenders.

Black entrepreneurs in Coahoma County and across the Mississippi Delta can apply for business loans up to $10,000 with no interest, collateral, or minimum credit score required.

This initiative is supported by a $175,000 grant from the Walton Family Foundation.

Entrepreneurs that attended the mixer learned about the Kiva Hub, the Higher Purpose Funding Network, and capital options that could be available for their business.

Brown continued, “We were excited to officially announce that we are the first Kiva Hub in the Mississippi Delta which further expands our reach of flexible capital options to black entrepreneurs.”

HPC is the first organization in Mississippi to use the Kiva platform, the concept of the Kiva Hub is to ensure that several low-to-moderate income (LMI) entrepreneurs are educated about the crowdfunding concept to ensure it is not confused with predatory lenders or less reputable crowdfunding sites.

The mixer also allowed the attendees to network and learn a little bit more about themselves and the needs of their business.

Quinn was also the first door prize winner of the night. Several door prizes were won and the entrepreneurs also played a game of Getting To Know You Bingo.

“Our main goal was to create an atmosphere that encouraged the entrepreneurs to network with one another,” Brown said.

Many other Funding Network Happy Hours will be hosted in the future. Other attendees agreed with Quinn that they were successfully able to network and learn about all of the funding options HPC has to offer.

It was also the first time many attendees learned about the Funding Network, which Brown said was also exciting.

Brown said, “The turnout for the event was fantastic. Between 50 to 60 people attended from Clarksdale and surrounding areas. I was amazed at how far some of the attendees traveled for the event.

It was really great to check in with them toward the end and equally thrilling to learn that they received exactly what they needed from the event.”

To learn more about the Kiva Hub or apply, go to https://www.kiva.org/borrow or contact Constance Brown at constance@higherpurposeco.org.